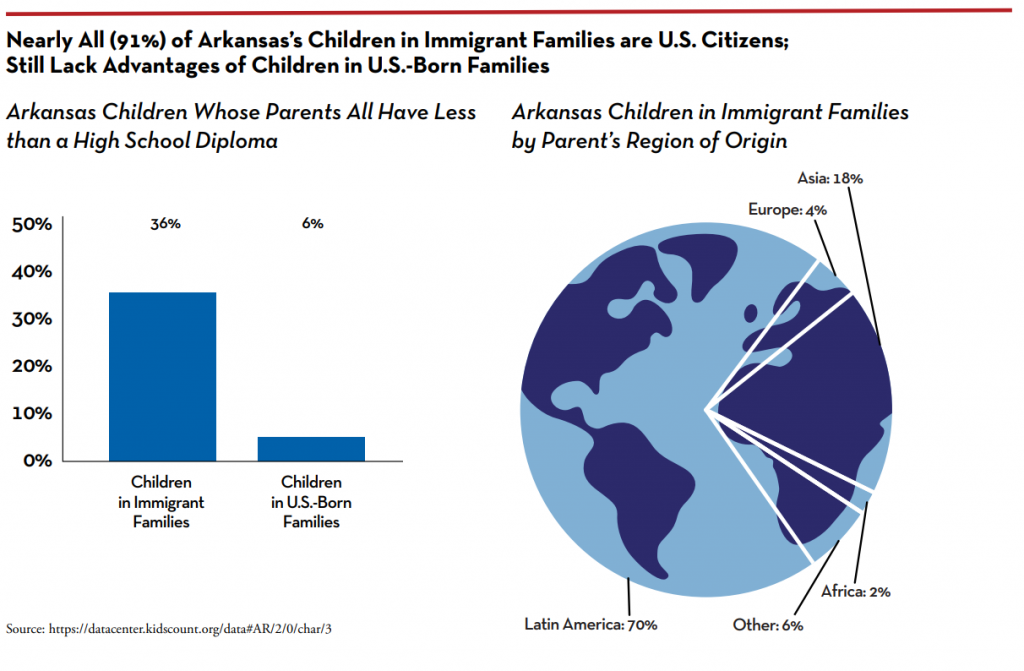 Arkansas has made important advancements in improving the lives of children statewide. However, deep racial and ethnic disparities persist in children’s achievement levels, and laws at the local, state and federal levels continue to perpetuate long-standing inequity. In addition to the disparities we see for children of color, children in immigrant families in Arkansas are more likely to live in or near poverty than their peers in other states.

These gaps in economic security are made worse by policies that keep young people and their parents from participating fully in our economy, driving down wages for families in all ethnic and racial groups. We need all children in Arkansas to reach their full potential if we are to reach ours as a state.

What to Ask Candidates