Home > Publications > Reinforcing the Bridge Out of Poverty: An Arkansas EITC

Reinforcing the Bridge Out of Poverty: An Arkansas EITC

Tax day would certainly be a little happier for hundreds of thousands of working Arkansans if we had an Earned Income Tax Credit (EITC).

President Reagan called EITCs “the best anti-poverty, the best pro-family, the best job creation measure to come out of Congress.”

An Arkansas EITC would supplement the wildly successful federal version which helps working families across the nation make ends meet with credits at tax time. The credits are usually spent on catching up on bills, furthering education, or providing essentials for kids. A state EITC would be a powerful new anti-poverty and tax fairness tool in Arkansas, a tool that has proven to be incredibly successful in other states.

But don’t thousands of Arkansans already claim an EITC every year? That is true, but they are
only claiming the federal version. There is no state-level EITC in Arkansas. If the federal EITC
is a well-worn bridge out of poverty, a state EITC is a reinforcing beam. Most states (26 plus the District of Columbia) are putting in those reinforcing beams because they know how important and effective that bridge out of poverty is for millions of Americans.

You have to earn money to get an EITC, and it is designed to increase up to a certain income level, and then taper off when taxpayers achieve a more livable income range. Here are some of the ways a state-level EITC can be a turning point in the lives of working families:

Read more about how an Arkansas EITC would change the lives of our residents, plus view county-level data, in our newest report. 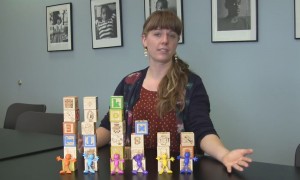