More than 78,000 children in Arkansas have at least one parent who was born abroad. That’s about one in 10 children. While the overwhelming majority of Arkansas’s children in immigrant families are U.S. citizens (about 83%), huge gaps in their families’ economic security persist.

These gaps in economic security are made worse by policies that keep young people and their parents from participating fully in our economy, driving down wages for families in all ethnic and racial groups. We need all children in Arkansas to reach their full potential if we are to reach ours as a state. 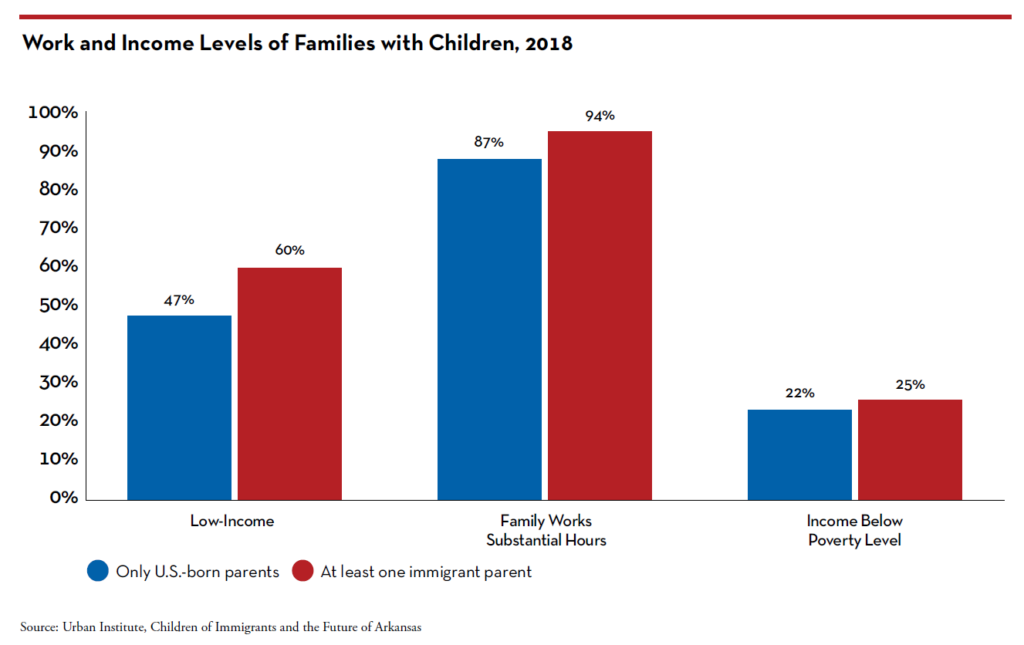 When immigrant families succeed, we all succeed.

As hunger increased across Arkansas during the pandemic, one population was blocked from participating in a vital safety-net program intended to keep nutritious food on the table during tough times. Arkansans who were born in the Marshall Islands aren’t...

Childhood Hunger is a Racial Equity Issue There are far too many children in our country who go hungry every day, especially when we have the tools readily available to address childhood hunger. Instead of working to support children,...

Hispanic Heritage Month: Learn About and Celebrate the Rich Traditions, Cultures, and Contributions of Latino and Hispanic People

For most of my life, my name alone has identified me to others as being Hispanic or Latina. I am proud of my heritage and as a result, Hispanic Heritage month holds a particular significance for me. My maternal...

Arkansas lawmakers are headed home today for a few months, taking a long recess in one of the most difficult sessions in recent memory. We want to thank you for staying engaged for more than three months. No matter...

Statewide, many people think of Northwest Arkansas as a place where poverty is rare, where families and communities thrive in a booming economy. But as our updated Northwest Arkansas Child Poverty report explains, thousands of families struggle to get...

Arkansas is home to one of the largest populations of Marshallese individuals in the world — people who were born in the Republic of the Marshall Islands but moved here for employment and to have a better life. They...

Critical Generation: Improving the Well-Being of Children of Immigrants in Arkansas

Critical Generation: Improving the Well Being of Children of Immigrants in Arkansas Any discussion of Arkansas’s future is incomplete without understanding the challenges faced by children in immigrant families. They account for the majority of growth in Arkansas’ child...

Critical Generation: Improving the Well-Being of Children of Immigrants in Arkansas

Any discussion of Arkansas’s future is incomplete without understanding the challenges faced by children in immigrant families. They account for the majority of growth in Arkansas’ child population in the last decade. This new population, mostly Hispanic and almost...