Health reform is helping Arkansas according to new Census data

The number of people with health care coverage in Arkansas increased in 2014 because of health care reform and state’s decision to strengthen Medicaid.  This has allowed more Arkansans access to quality coverage who otherwise couldn’t afford health insurance.

Today, the U.S. Census Bureau released the country’s official data on health insurance rates, which shows that almost 88 percent of Arkansans had health insurance in 2014, a 4 percent jump from 2013. The data also shows that for children under 19 in the state, only 2.9 percent are uninsured and likely qualified for ARKids First (below 200 percent of the federal poverty level).  States that have expanded Medicaid – like Arkansas–collectively had a higher share of people with insurance than states that did not expand Medicaid, and that gap is growing.

Health care reform offered people without health coverage access to insurance from the private market and strengthened Medicaid, which has been providing quality, cost-efficient health care for 50 years. The expansion of Medicaid means it reaches more struggling people who don’t have coverage from their employers and who cannot afford the cost of private health insurance.

In order to strengthen state-run health care systems, the federal government will pay all the costs of expanding Medicaid to people making up to just $32,600 per year for a family of four (138 percent of the federal poverty rate) through 2016, and then no less than 90 percent of the costs thereafter. But the Supreme Court left it up to the state to decide whether to extend their benefits to these people and accept the federal funding to do so. Fortunately, Arkansas lawmakers decided to expand the Medicaid program using the Private Option model, and we are now reaping the rewards.

Other provisions of health care reform are also helping reduce the number of Arkansans without health insurance. Over 50,000 people have gained health coverage through the health insurance marketplace, which allows people to easily compare prices and benefits of health care plans. Many of these people are adults who make too much to qualify for Private Option, but don’t make enough to afford private insurance receive federal subsidies to help them pay their premiums and reduce their out-of-pocket health costs.

But Medicaid is playing a big role in helping those who can’t afford insurance, as it has for the last half century. Here are just a few of the ways it has helped: 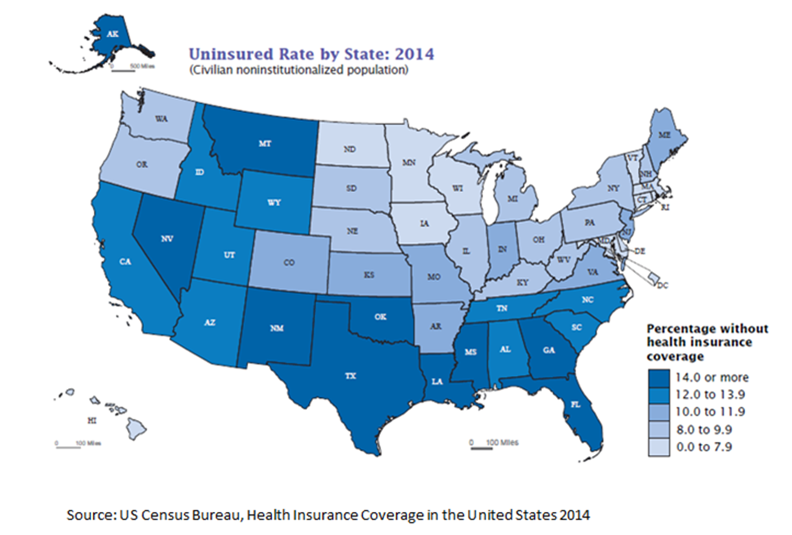 Check out AACF’s other Census data blogs explaining the need for a statewide EITC and how minority families are doing.