Discriminatory public policies combined with prejudiced public and private actions in housing, the criminal justice system, and the labor market have created a historical and ongoing context in which Black, Indigenous and Other People of Color (BIPOC) have been systematically held back and shut out from many economic opportunities.

We can see the impact if we look at the persistent disparities, for example, in childhood poverty rates here in Arkansas: 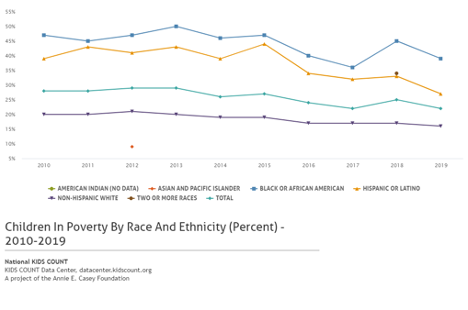 Childhood poverty is unacceptably high across the board, but especially for BIPOC children. State and local tax and budget policies should be designed with these inequities in mind, to address these harms and create a more equitable economy with more opportunities for BIPOC individuals and families. Addressing deep-rooted inequalities by investing in things like access to quality education and health care would also help address our long-standing issues in those areas, and ultimately lead to a stronger economy overall, benefitting all Arkansans, White, Black, and Brown.

Most state tax structures — including the one we have in Arkansas — actually worsen racial and ethnic inequality. There are a few reasons for this. One is that we rely so heavily on “regressive” taxes, like sales taxes, that fall more heavily on lower and middle income Arkansans. We’ve also been cutting income taxes in a way that primarily benefits the top 1 percent of Arkansans. Taken together this means that people with much higher incomes, which as a group is disproportionately White, pay much less as a share of their income in state and local taxes:

That leads to a tax system that disproportionately burdens BIPOC: 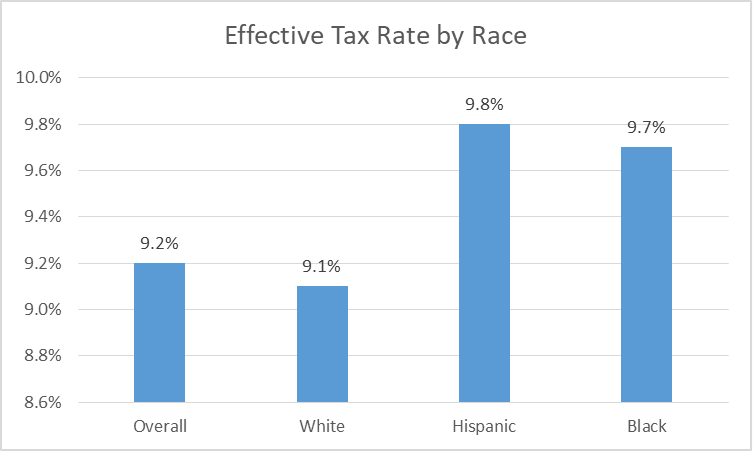 Cutting the top tax further down from its current 5.9 percent would only make this problem worse. In an analysis of legislation that would have cut the top rate to 5.8 percent, for example, the Institute of Taxation and Economic Policy estimated that more than 70 percent of the benefits would go to the 5 percent of Arkansans making more than $197,000 in annual income:

Even steeper cuts to the top tax rate would be more costly and even more skewed to the benefit of the wealthy.

And there’s little reason to think these tax cuts would lead to higher economic growth. Cutting income taxes hasn’t boosted state economies in the recent past: 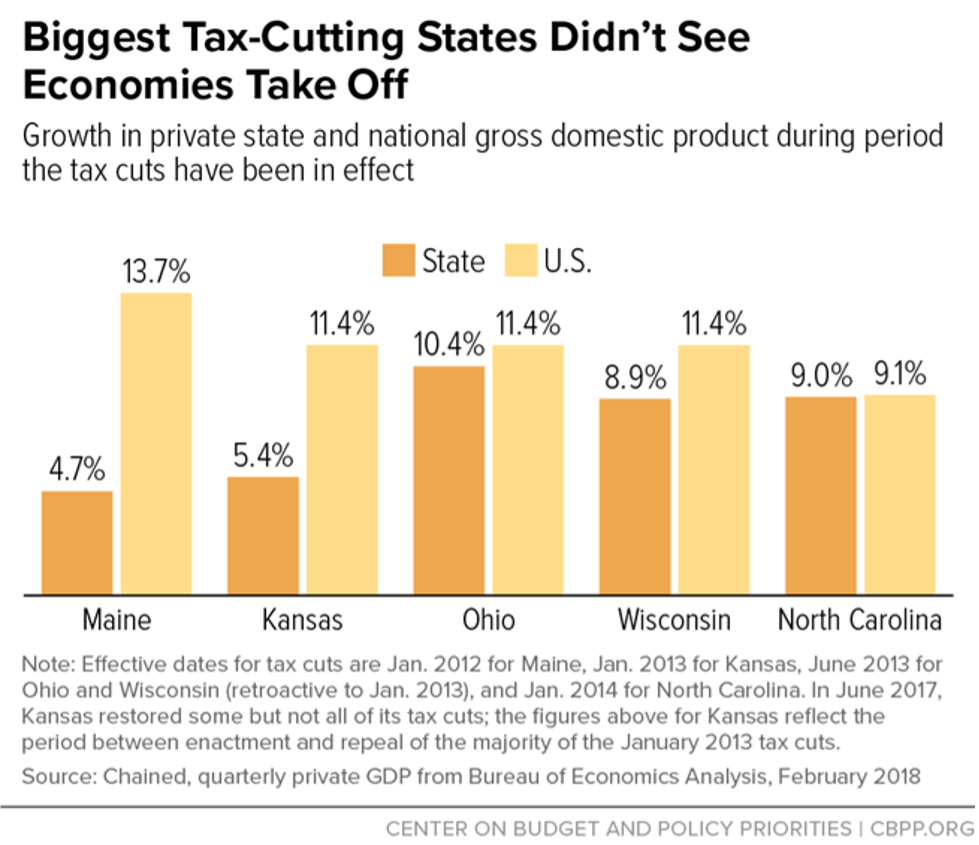 In fact, the analysts and consultants that the State of Arkansas hired said as much themselves. The final report of the 2018 “Tax Reform and Relief Legislative Taskforce” included three different dynamic analyses of the proposed cut to the top tax rate – at that time, to 6.0 from 6.9 percent. Each concluded that, “output and job growth would turn negative” because the negative impact of the corresponding reduction in spending in government services would overwhelm any growth in the economy attributed to the tax cuts themselves.

Instead of tax cuts, public investments that improve schools in BIPOC communities, repair often-neglected water systems and other public infrastructure in these communities, increase family incomes, dismantle racist and sexist barriers to innovation and opportunity are what can help build an economy that benefits us all.