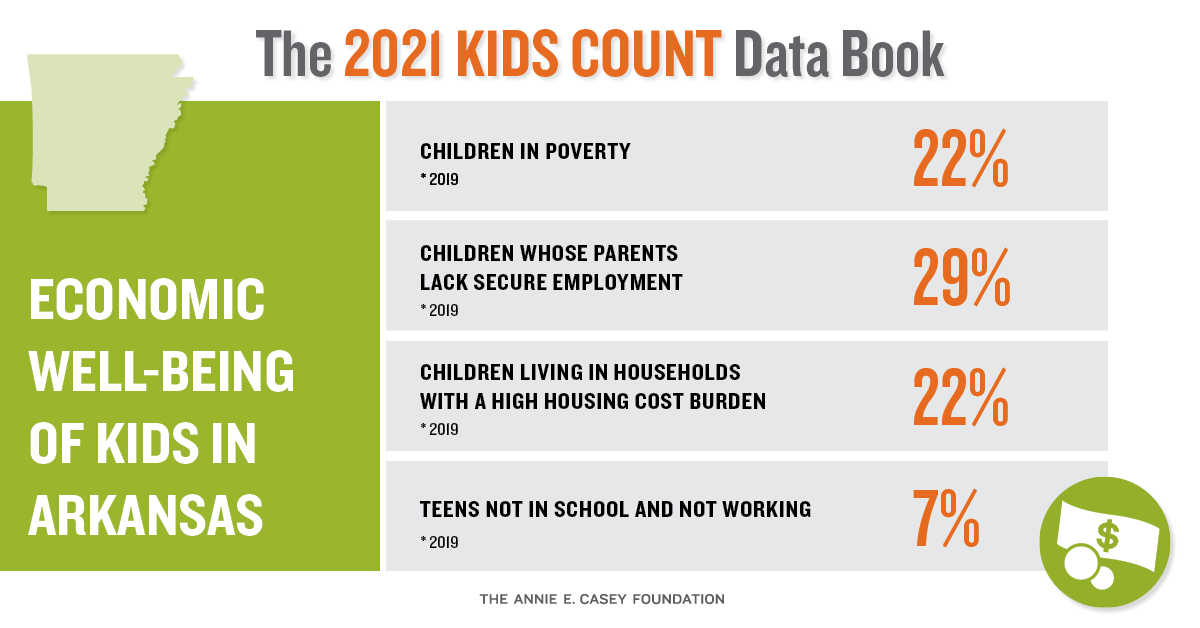 In the 2021 KIDS COUNT® Data Book, Arkansas has improved in terms of economic well-being, moving to rank 34 from rank 46 in last year’s release. But this nominal progress is undercut by our chronically high rates of child poverty, with more than 1 in 5 children in Arkansas living in poverty. And because of historical and ongoing inequities in public policy — like exclusionary redlining that shut Black and Brown people out of the ability to build wealth through homeownership, to criminal justice policies that disproportionately incarcerate and punish Black and Brown people today — poverty rates are higher for Black children at 39 percent and Latino children at 27 percent than they are for White children at 16 percent.

This should be a huge concern for policymakers. Living in poverty makes it harder for families to afford adequate food, good quality housing, and other necessities. These early-life hardships have lifelong consequences: children experiencing poverty have a harder time doing well in school, for example, which makes it harder for them to go to college and get the job they want as an adult. Raising children is important work, and it’s especially hard when parents are worried about having enough money.

The Child Tax Credit (CTC) expansions included in the American Rescue Plan will help address this, lifting tens of thousands of Arkansas’s children out of poverty. This year, families can receive up to $3,000 per child between 6 and 17 years old, and $3,600 for children under 6 years old. That’s money to help pay for food, housing, clothing, health care, and child care.

The CTC typically restricts the refundable portion of the credit to only those making a certain amount of income, and it limits the refundable portion of the credit to $1,400. This means that 324,000 of Arkansas’s children live in families that get less than the full $2,000 because their families don’t earn enough money to qualify for the full credit. The American Rescue Plan makes the CTC fully refundable and expands the full credit to low-income families for the first time. 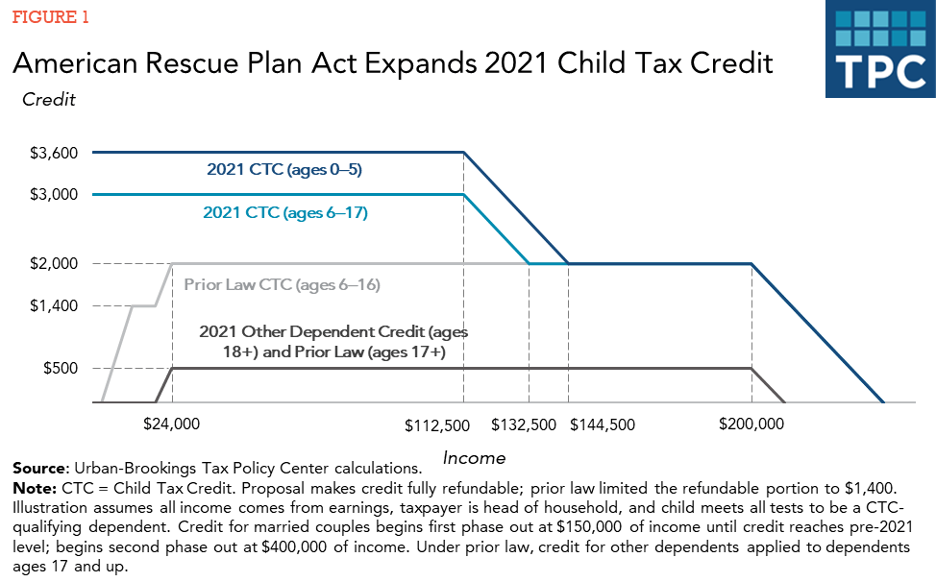 And, for the first time, the credit is being paid out through the year. Starting in July, the IRS will send monthly payments to parents with qualifying children. For most parents, payments will be automatic, but to learn more, go to ChildTaxCredit.gov or to the IRS website.

Unfortunately, families will benefit only temporarily — as of now, the expanded CTC is only applicable for the 2021 tax year. But Congress can improve kids’ long-term prospects for generations to come by making these Child Tax Credit improvements permanent.

Our improvement between 2018 and 2019 was driven by an increase in employment among older teens and parents and because relatively fewer Arkansans struggle with high housing prices compared to the rest of the nation.

A state is truly only as strong as its children. What good is a low unemployment rate or a huge state budget surplus if 22 percent of our kids are living in poverty? Making the CTC permanent would be a federal contribution to solving this problem. At the state level we should invest in a state-level Earned Income Tax Credit (EITC), which is one of the best ways for the state to support working families with kids . Combined, these approaches could help us get closer to what ought to be the ultimate goal: zero children in Arkansas living in poverty.