Education Progress is Stalling, Leaving an Uncertain Future for Kids and Our State

Note: This blog is third in a series of posts covering the findings in the 2018 Annie E. Casey Foundation Kids Count Data Book. To read the introductory blog post, click here. Read the second, on economic security, here.

Every year, the Annie E. Casey Foundation releases the Kids Count Data Book, featuring new numbers on the well-being of children in Arkansas. According to the most recent data available (2014-2016), 51 percent of our 3- and 4-year-olds are not attending pre-K. This rate has remained virtually stagnant since 2009. While many other states are doing much worse, we are lagging some of our southern neighbors, including Louisiana and Mississippi. Also, this Kids Count data only tells us about the take-up rate of pre-K slots, not the availability of high-quality programs.

If we want our kids to succeed and to build a competitive workforce, we have to invest early in high-quality early childhood education. We’re currently just running in place. Governor Hutchinson and the legislature gave pre-K a small bump in funding during the 2017 legislative session: only $3 million out of the more than $42 million that AACF estimated the ABC program would need just to maintain our current pre-K slots. This amount doesn’t scratch the surface of meeting the needs of programs statewide or improving quality in many areas. Before that small bump, pre-K had only received a one-time $3 million bump since 2008. Now there is a new urgency to increased state investment: A $60 million federal grant that helped provide pre-K to more kids from 2014-2018 is coming to an end this summer — leaving an uncertain future for the kids currently being served. Learn more in our latest video: 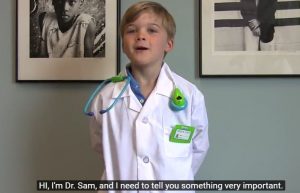 The Data Book underscores a few other education problems that we already know: 69 percent of Arkansas’s fourth graders are not reading on grade level, only slightly better than 71 percent in 2009. We are hopeful that new state policies, such as mandating that schools teach the “science of reading,” will have a life-changing impact on many of the kids who have fallen behind.

Meanwhile, three-quarters of our 8th graders score below proficient in math, putting us solidly in the bottom 10 states for this indicator. Remediation in math is a major barrier to students’ access to college and scholarships and their persistence through graduation. Does our state have a similar urgency to address mathematical literacy, as we have seen with reading over the past several years? What are we willing to do to turn this around?

Interestingly, 87 percent of our high school students graduate on time, up from 81 percent in 2011. We’re ranked 13th in the nation on this indicator. That seems pretty high, considering that the data also shows that the majority of students are struggling in both math and reading. Are we graduating students who are unprepared to succeed in college, career programs, and beyond? The Data Book can’t answer this question, but it does show us where we need to dig deeper.

Our children are the future of our state, and our workforce will depend on their success in school and in life. We must prioritize our public dollars to give all children a strong start and opportunities to help them reach their full potential.

You can see the Arkansas-specific data here.