As the Arkansas Legislature concludes the 2021 general session, our attention must turn to the special session they are preparing to begin to discuss personal income tax cuts. Although income tax cuts may sound like something everyday Arkansans would welcome, when we examine the details, it turns out most Arkansans will be getting a bad deal in the long run.

Analyses by the Institute on Taxation and Economic Policy (ITEP) show that plans to cut the top income tax rate would largely benefit Arkansans with the highest incomes and cost hundreds of millions in annual revenue.

ITEP estimates that cutting the top tax rate from 5.9 percent to 5.5 percent would cost the state $138 million annually. The top 5 percent highest-income Arkansans – those making more than $218,000 a year – would receive more than $93 million, or 68 percent, of this tax cut. The 40 percent of Arkansans making less than $37,000 would get nothing at all. 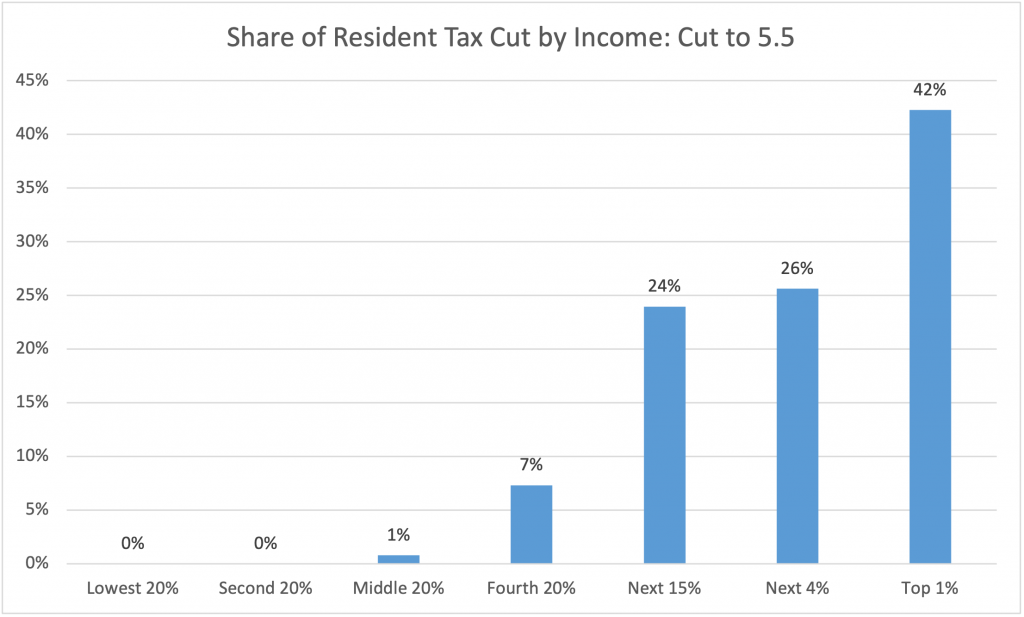 According to an ITEP analysis, this plan would cost the state $301 million in annual revenue.

This tax cut plan skews toward the wealthy even with the changes to the lower- and middle-income tax tables. More than half of the tax cuts would go to the 1 in 5 Arkansans with the highest income, those making $98,000 or more. Arkansans in the top 1 percent of the income distribution would get more of a tax cut than the lowest-income 60 percent of Arkansans combined.

This disparity would get even worse if we cut the income tax rate more deeply to 4.9 percent. An ITEP analysis of a plan to combine the lower- and middle-income tables and phase in a cut to the top tax rate to 4.9 by 2026 shows this would end up costing $525 million, more than half a billion, annually. 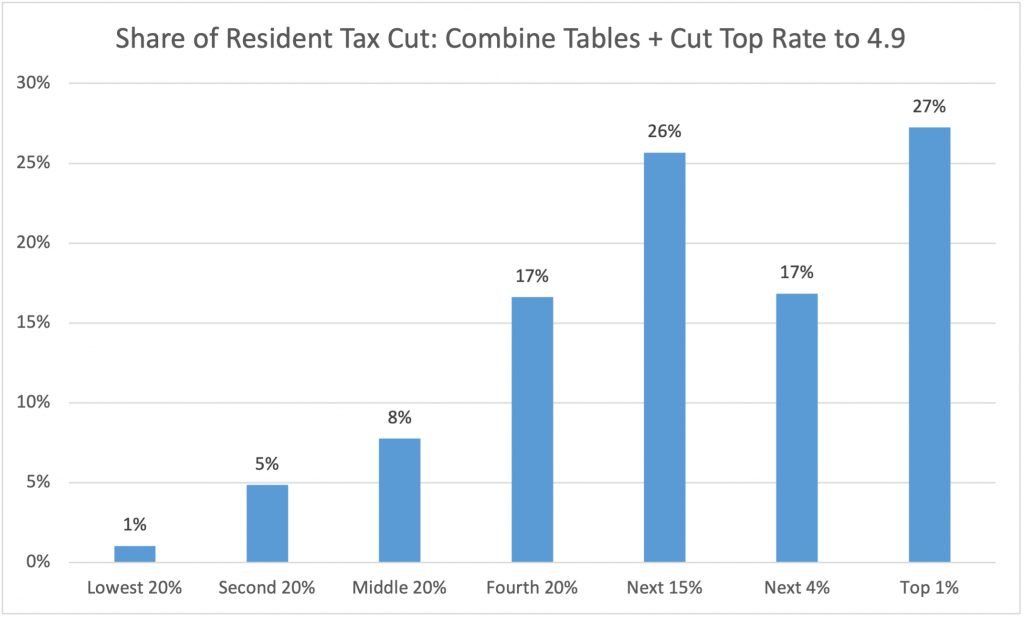 Arkansans making less than $22,000, about 1 in 5 Arkansans, would get essentially nothing at all in any plan being discussed. Arkansans in the top of the income distribution would get the most – just like the last major tax cut in 2019.

Successive cuts the top tax rate are costly and benefit the rich. Policymakers should reject them, and instead look to invest our state’s revenue in ways that benefit the vast majority of working Arkansans.