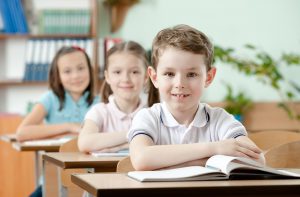 In Arkansas, about one out of every 10 students uses special education services in our K-12 system.  We believe that all children should have quality educational experiences regardless of income, geography, or disability. Because of that belief, AACF supported and testified before the House and Senate Education Committees for the creation of a Special Education task force during the 2015 legislative session. The task force became a reality thanks to Act 839 of 2015.

Since August, we have met monthly to take a deep dive into the needs of special education students in Arkansas with initial recommendations and an update on the task force’s activities due in February. (The final report is due in September).

Many data points and a lot of information have been shared with the task force by the Bureau of Legislative Research, the Arkansas Department of Education and experts from the task force. Here are some of the most notable:

During the December meeting, Disability Rights of Arkansas (DRA) shared more contextual information based on the special education students and parents they represent. They reported that:

Based on the data and information presented, it is evident that teacher-student ratios and discipline practices on special education students impact the classroom experience and student performance.  On average in Arkansas schools, there are about 18 students to every special education teacher with as many as 25 students in some schools.  In regards to discipline, the data tells us that students spending time out of school hurts their learning. We hope that the task force includes in its recommendations:

Next week, we will share what recommendations the task force has developed to improve the special education experience for teachers, parents, and students.