House Districts with a Primary Race in 2020, Part Two

This is part of our blog series, Running for Arkansas. In the series, we are featuring each district with an upcoming election and legislative candidate running to help you be an informed voter. Read our introductory post here. Looking for Senate districts with a primary race? Find them here. Because there are so many House Districts, this is Part Two of two. Read Part One here.

House District 41 takes in Pulaski County. Cities inside the district include Jacksonville, North Little Rock and Sherwood. The population in the district is currently 30,170. Joey Lauren Adams, an American actress and director who has appeared in more than 40 films including Chasing Amy, for which she was nominated for the Golden Globe Award for Best Actress – Motion Picture Musical or Comedy, is from North Little Rock. 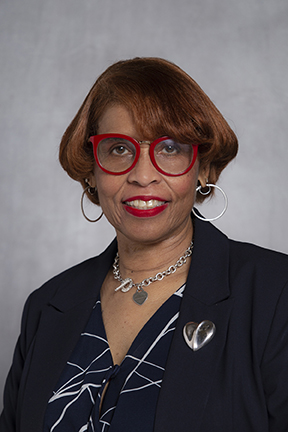 House District 53 takes in Craighead County, with parts of the Jonesboro metro area. Other cities inside the district include Bay, Brookland, Caraway, Lake City and Monette. The population in the district is currently 30,805. Actor Wes Bentley, who first became well known via his role in the Oscar-winning film American Beauty, and other roles such as Seneca Crane in The Hunger Games, is from Jonesboro.

Councilman Bobby Long, originally from Leachville, Arkansas, now lives in Jonesboro, where he serves as a City Councilman for Ward 6 Position 1. He is also the Director of Human Resources for Families, Incorporated. To learn more about Long and his campaign, visit his website.

Dr. Cole Peck is a board-certified Emergency Medicine Physician in Northeast Arkansas. He is a medical director of urgent care services in Jonesboro and senior partner to Integrity Medical Consulting, which manages several medical facilities in the area. To learn more about Dr. Peck and where he stands on issues important to you, visit his website. 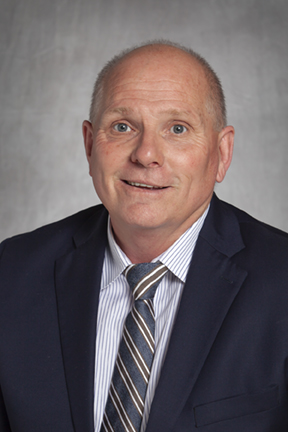 Mayor Jon Milligan is the mayor of Lake City. He served on the City Council of Lake City from 2007-2011 and as mayor since 2011. He is the owner of a body shop.

House District 58 takes in Craighead County, with parts of the Jonesboro metro area. Towns inside the district include Gilkerson, Greenfield and Nettleton. The population in the district is currently 31,394. Jonesboro was named after State Senator William A. Jones, in recognition of his support for the formation of Craighead County. Originally spelled Jonesborough, the city name was later shortened to its present-day spelling. 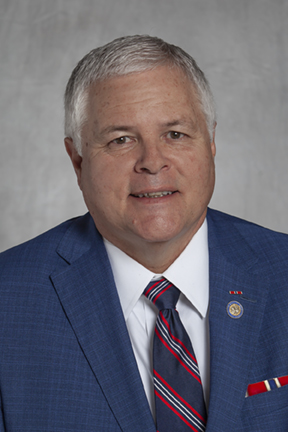 Rep. Brandt Smith is currently serving his third term in the Arkansas House. In the 92nd General Assembly, Rep. Smith served on the Joint Performance Review Committee, the House Judiciary Committee, the House State Agencies and Governmental Affairs Committee, and the Legislative Joint Auditing Committee. He was elected by his colleagues as Majority Whip. Rep. Smith was the primary sponsor of six pieces of legislation, one of which was signed into law. To learn more about Rep. Smith and where he stands on issues facing District 58, visit his Facebook page.

Ken Yarbrough was born and raised in District 58. Yarbrough is a dealer representative on the Arkansas Motor Vehicle Commission. To learn more about Yarbrough and why he is running for office, visit his website.

House District 74 takes in Franklin, Logan, Scott and Sebastian Counties, including the Fort Smith metro area. Other cities inside the district include Booneville, Greenwood, Magazine, Paris, Ratcliff and Scranton. The population in the district is currently 29,596. Subiaco Abbey and Academy, a Benedictine monastery and college-prep boarding school, began as St. Benedict’s Colony in 1877 and is in Logan County. 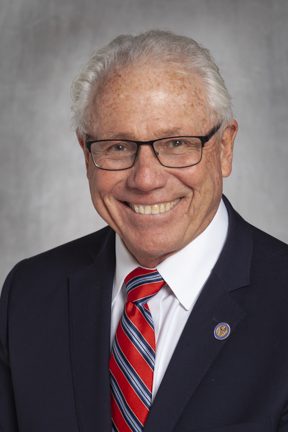 Rep. Jon Eubanks of Paris is serving his fourth term in the Arkansas House of Representatives. This is his second term to serve as Speaker Pro-Tem. For the 92nd General Assembly, he served on the House Education Committee, the House State Agencies and Governmental Affairs Committee, the Joint Budget Committee, House Rules Committee and the House Management Committee. In 2019, he sponsored 11 pieces of legislation, three of which were signed into law. To learn more about Rep. Eubanks and where he stands on issues in District 74, visit his Facebook page.

Curtis Varnell was born and raised in Logan County. He received his bachelor’s degrees in both Science and Social Studies Education. As a former Gideon speaker, he is a member of the Caulksville Cumberland Presbyterian Church. Varnell was employed for 26 years by Paris Schools as a teacher and bus driver. During that time, he spent summers employed by Cloyes Gear, Tyson, Arkansas Nuclear One, and other area companies. To learn more about Varnell and where he stands, visit his Facebook page. 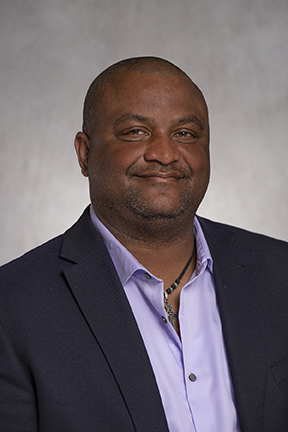 Shawn Bates is a lifelong resident of Logan County. He has been a small business owner for 18 years and a second-generation stonemason, working in the field since he was 10. Bates has been a volunteer at the Boys and Girls Club for 15 years. To learn more about Bates and his positions on issues, visit his Facebook page.

House District 90 is in Benton County, including part of the Fayetteville metro area. Other cities inside the district include Bethel Heights, Cave Springs, Elm Springs, Lowell, Rogers and Springdale. Harvey Jones, the founder of Jones Truck Lines, the largest privately owned and operated truck line in the United States, is from Springdale. The population in the district is currently 34,043.

Rep. Jana Della Rosa is serving her third term in the Arkansas House. In the 92nd General Assembly, Rep. Della Rosa served as vice-chair of the Administrative Rule and Regulation Review Subcommittee. She also serves on the Joint Budget Committee; Education Committee; City, County and Local Affairs Committee; and the Joint Performance Review Committee. In 2019, Della Rossa was the primary sponsor of 18 pieces of legislation, seven of which were signed into law. To learn more about Rep. Della Rosa and where she stands on issues facing District 90, visit her website. 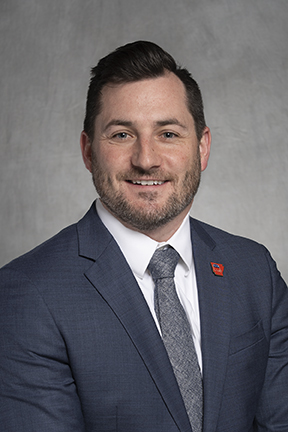 Kendon Underwood was born and raised in Arkansas. He graduated with honors from the University of Arkansas School of Law and is a local attorney and small business owner. To see where Underwood stands on the issues most important to you, visit his website.

Chris Latimer is a native of Cabot and has lived in Rogers since 2008. For more than 10 years he has served in full-time ministry as a worship pastor. Most recently, Latimer has served at Keypoint Church. To learn more about Latimer and where he stands on issues, visit his website.

House District 91 is in Benton County, including part of the Fayetteville metro area. Other cities inside the district include Bentonville, Cave Springs, Centerton, Gentry, Rogers and Siloam Springs. McKee Bakery, which employs 1,600 people and produces Little Debbie snack cakes, is in Gentry. The population in the district is currently 33,706. 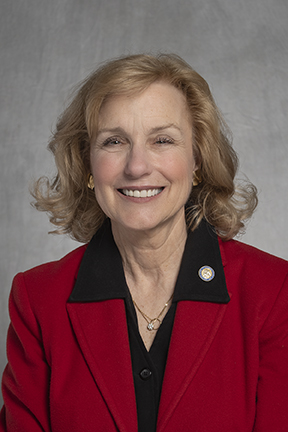 Delia Haak, Ed.D., has been part of the Northwest Arkansas community and has lived in House District 91 for more than 40 years. Dr. Haak is a graduate of the University of Arkansas, earning a doctorate in education from the UA College of Education in Fayetteville, an MBA from the Walton College of Business, and a Bachelor of Science in Business Administration from John Brown University. From 2007-2016, Dr. Haakk served as Executive Director of the Illinois River Watershed Partnership. In 2015, Dr. Haak served as Federal Chair of the Arkansas-Oklahoma Arkansas River Compact Commission. To learn more about Dr. Haak and where she stands on issues important to you, visit her website.

Jorge Becker is a veteran of the United States Navy. IN her time in the U.S. Navy Judge Advocate General’s Corps, Becker was awarded the Navy and Marine Corps Achievement Medal and twice awarded the Navy and Marine Corps Commendation Medal. She served as a criminal prosecuting attorney and defense attorney, ran a regional claims department, and provided legal counsel as the Command Judge Advocate for Naval Air Station, Jacksonville, Florida. Becher currently works as an associate for Walmart. To learn more about Becker and her campaign, visit her Facebook page.

House District 94 is in Benton County, including part of the Fayetteville Metro area. Other cities inside the district include Bentonville and Rogers. Rogers is the birthplace of country music superstar Joe Nichols, who has released nine albums and who made his break in 2002 with his song “The Impossible.” The population in the district is currently 230,514. 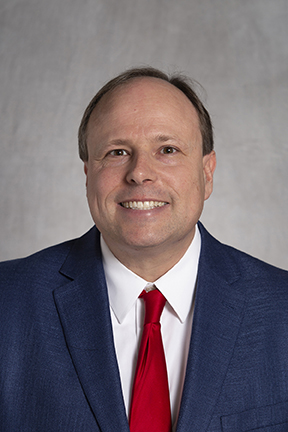 Adrienne Woods moved to Northwest Arkansas with her parents in 1991. She attended Arkansas Tech University where she received her Bachelor of Arts in Political Science and History with a minor in English. She graduated from the University School of Law with her Juris Doctorate in 2012. Woods is an attorney and co-owner of FreeRide Studio in Bentonville. To learn more about Woods and her campaign, visit her website.