Who Benefits from Opportunity Zones?

“Opportunity Zones,” But For Whom?

Part of the 2017 federal tax cut bill, the “Tax Cut and Jobs Act,” created a new tax break meant to encourage investment in low-income areas. These “opportunity zones” allow for favorable capital gains treatment for taxpayers who invest in target areas. While the program is described as a way to help economically distressed areas, it is likely to fuel gentrification without helping people who currently reside in low-income neighborhoods.

The first issue is that state governments had a lot of leeway in choosing which areas to designate as “opportunity zones.” For example, it allowed governors to designate as opportunity zones areas that are adjacent to a low-income community and have a median income of “no more than 125 percent of the median income of the adjacent low-income community.”

Two of the designated opportunity zones in Little Rock – Census Tracts 46 and 2 – are illustrative. These two census tracts represent parts of downtown, the area east of I-30 that is home to Heifer International, the airport, the Clinton Presidential Library, as well as the area around and to the east of the Governor’s Mansion. According to research from the Brookings Institution, these census tracts have had some of the biggest economic improvements in the area in recent decades. Most census tracts in the area experienced an increase in poverty rates, but these two went from 40.9 and 36.8 percent poverty rates in 2000 to 26.3 and 20.8 percent poverty rates in 2014 respectively. Recent research into the Opportunity Zone program showed that many areas designated as Opportunity Zones were already gentrifying.

An even bigger problem with the Opportunity Zone designation is that there is no mechanism to ensure that current residents of economically distressed areas benefit from the subsidized investment. While proponents of the Opportunity Zone tax break claim that the additional investment will create economic growth that benefits locals, experience with other economic development incentive programs calls this logic into question.

Research into place-based policies, “suggests that policies that invest in a business’s workers and productivity and provide better neighborhood services offer the greatest promise of sustained employment and wage growth.” Meanwhile, the evidence for economic development models that rely on tax breaks is far less compelling. Evidence from state enterprise zone programs, which rely almost exclusively on tax breaks, have not shown improved labor market outcomes for local residents.

Perhaps most importantly, the way these incentives are offered through favorable capital gains treatment is only likely to help the incredibly wealthy. Capital gains, which are profits from the sale of a capital asset like shares of stock or land, largely accrue to the top 1 percent: 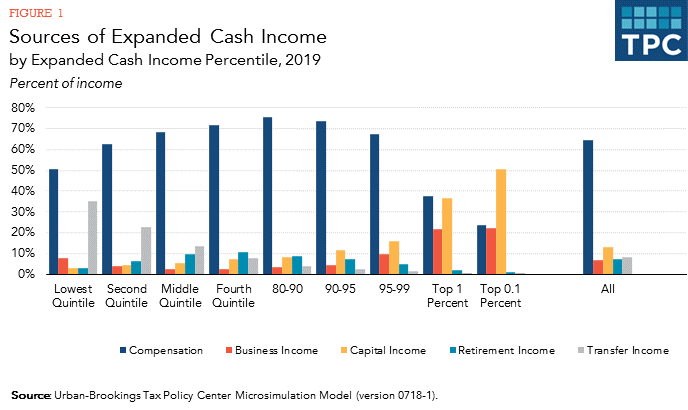 That’s one reason the Arkansas Tax Reform and Relief Legislative Task Force, created in 2017 to provide recommendations to modernize and simplify Arkansas’s tax code, recommended that we end our current favorable treatment of capital gains income by eliminating the exemption we give capital gains income over $10 million.

Instead, the state legislature in 2019 expanded capital gains income by creating a state-level opportunity zone tax break to piggyback on the federal version with Act 201. The revenue impacts start out relatively modestly but increase over time, according to the fiscal impact statement from the enabling legislation. The evidence suggests that these gains will directly benefit the very wealthy without doing much, if anything, to help low-income communities.

In order to ensure that Opportunity Zones are fulfilling their stated purpose of enhancing the economic opportunity of distressed communities, Arkansas policymakers need to take steps to monitor opportunity zone investments and tracking their impact.